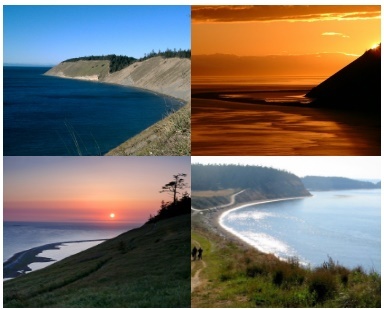 Ebey’s Landing is perfect for outdoor activties like camping, hiking. You will enjoy the rocky, windy lookout over the Strait of Juan de Fuca. Also walk along the beach itself, to see the popular Salmon fishing location during Fishing season, or follow the cliff side trail, leading you up along the bluffs on the north end of the beach. If you want the total experience, you can hike the loop trail in either direction, following it along the beach and the bluffs for over 5 miles. 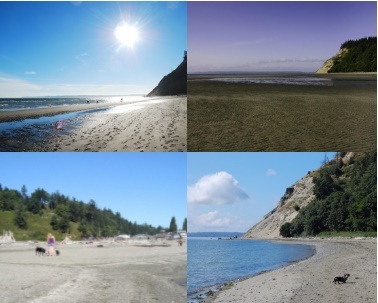 This is one of the best beach on the Southern end of the island, you can see shellfish harvest or have a little walk, total solitude. This beach is the sandiest on Whidbey, reminiscent of the sandy beaches you would expect to find in areas like Southern California. The beach tidelands themselves comprise Double Bluff State Park.

The Southern end of the shore faces South, toward Useless Bay and, further to the South, towards Puget Sound and Seattle. On clear days, Mt Rainier can be seen on the horizon. Fed by sand from the bluffs at its East and West ends, Useless Bay has a sandy, shallow slope, making it impossible for boats to approach the shore. This geographic feature is what gave Useless Bay it’s name. During low tide, the beach can extend more than a half mile out from the shore.

Useless Bay opens to the West into Admiralty Inlet. The shore here abuts a large bluff which rises from Useless Bay and descends to Double Bluff several miles down the shore. Double bluff is also unique in that is the only off-leash, dog-friendly beach in the area. 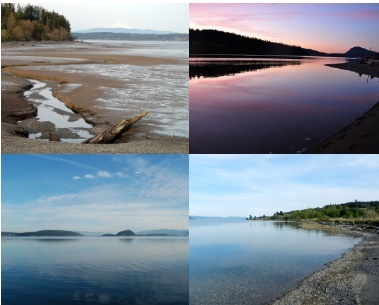 This is not your typical beach. It doesn’t bring to mind iconic white sand beaches, with waves breaking across the shore. This is not a place that many tourists find, in fact you can find complete solitude here most days. There are several small public access points along Dugualla Bay. They’re small, with parking for only a handful of cars. These spots are where locals stop, usually to be alone with nature for a while.

This beach is a great place to watch birds like ducks and eagles, while you listen to the chirping of an uncountable number of frogs.

The majestic Deception Pass Bridge spans the rocks above you. On some days it will slide through the fog and on others shine in the late morning light. As the tide flows, you can watch the water flow through the pass like a river, the phenomenon that gave rise for boaters to name the stretch of water: Deception Pass.

If you want, you can hike up to the bridge, and walk across it to watch the water flow beneath, or you can simply enjoy this beach, fish for Salmon off the shore or enjoy the Deception Pass State Park of which it is a part.

The beach is only a short walk from easy parking, but be warned it is quite popular with tourists, especially during the Summer months. So, if you’re looking for seclusion, this is not the beach for you. 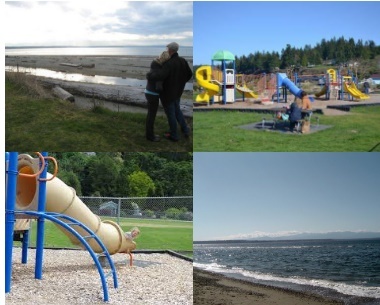 Not many people visit Dave Mackie Park most of year. During the summer months, the nearby vacation homes fill up, and you’ll see visiting children fill up the nearby ball field and playground, but overall this huge, westward facing public beach is fairly underutilized. That makes it great if you are looking to have a lot of space to yourself on a nice sandy, breezy beach on South Whidbey. This is a great place to view the Olympic Mountains on a clear day.

Every 4th of July, this park is host to the celebrated Maxwelton Independance Day Parade, a local tradition that relies on the support of locals to make it a success every year. 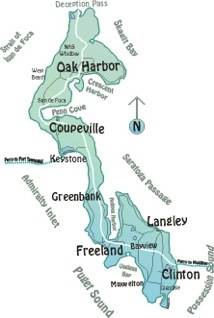 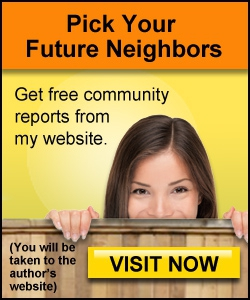 Are you excited to experience Coupeville? My website gives information about the Market Analysis, Community Report, Local Schools Report and Home Prices. If you are looking to buy a home, the property information is direct feed from the WA MLS or if you are looking to sell, get a FREE Home Valuation to see what your home is worth!

For information about financing options please visit the Bay Equity site for Dean Hayes. Getting pre-qualified can help you be realistic about how much of home you can afford. By speaking with Dean Hayes, you will discuss assets, credit, and debt to better understand where you stand financially in terms of getting the right amount of a home loan. Here you will find all of the information of products and services that Dean Hayes offers.  Getting pre-approved starts here! 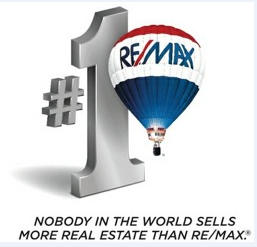 For more information on homes, communities, or anything else regarding your Real Estate needs it would be my pleasure to assist you. Please contact me