Greenbank is a small, unincorporated community in central Whidbey Island. And while small, it boasts a vibrant community that supports a gathering place for events and a popular spot to hang out. Historic Greenbank Farm, owned by the Port of Coupeville, is a community center that provides an economic hub for a variety of small businesses, agricultural opportunities and a venue for private and public events. Just up the hill from Greenbank Farm is a small collection of businesses that also provides a bit of community for residents living in between Coupeville and Freeland. 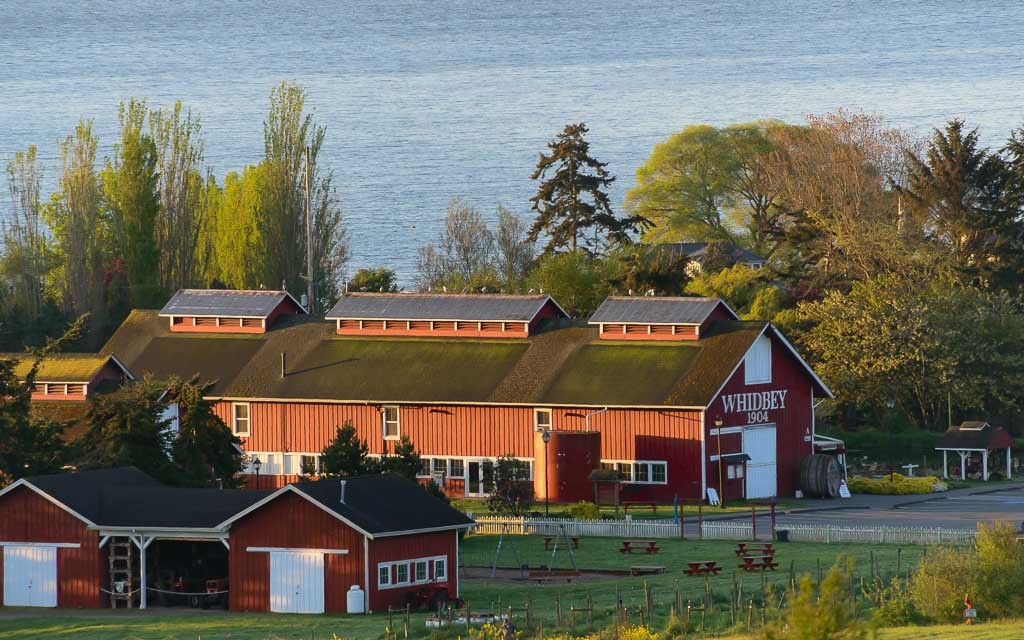 Greenbank Farm has 522 acres of rolling fields, forest, and wetlands and is a popular and scenic destination for dog lovers. At its spacious dog park, visitors can walk up a trail and catch panoramic mountain and saltwater views of both sides of the island. The big red barn at Greenbank Farm was constructed in 1904 and is home to weddings, bazaars, private parties and educational events. It is flanked by artist galleries and small businesses.

Pies are big in Greenbank, dating back to the farm’s history in the 1970s as the largest loganberry producer in the United States. Whidbey Pies founder Jan Gunn sells her award-winning pies at Whidbey Pies Cafe at Greenbank Farm. In 1997, Island County, the Port of Coupeville, and The Nature Conservancy purchased Greenbank Farm from its former owner, Chateau Ste. Michelle Winery, to save the land from residential development. The Port of Coupeville took ownership of the 151-acre commercial core. The farm has been going through some transition as management was moved from a longtime non-profit organization to the Port in December 2015. 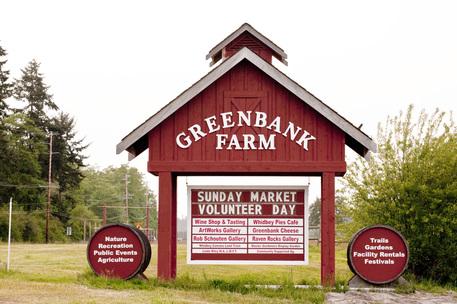 The Island County Washington State University Master Gardeners have taken root at Greenbank Farm, where they’ve constructed educational gardens and offered workshops. Island Community Solar worked with the Port of Coupeville and a group of investors to install solar arrays in front of the buildings of the farm. Last year, a solar car-charging station was installed at the farm as part of the project. It is free for the public to use.

Greenbank Store, which dates back more than a century, is a popular stop along State Route 52. It is also a popular eatery and nightspot since Brian and Nancy Cedar purchased the business at the end of 2011 and turned it into the Greenbank Store & Grille. Just down the road, Greenbank is also home to the Meerkerk Rhododendron Gardens. The 53-acre garden includes 10 acres of display and educational gardens surrounded by a 43-acre woodland preserve complete with nature trails.