Village by the Sea a haven for artists and rascally rabbits

As South Whidbey’s only city, Langley has many claims to fame: it’s got its own police department and city council, offers urban services and has lots and lots of rabbits. It’s also the tourism destination of the South End.

According to city and business leaders, 2016 was a record year in terms of visitors. Sales tax revenue and hotel-motel accommodations were at an all-time high and the Langley Visitor Center recorded a 21 percent increase in visits by tourists. Langley was founded by Jacob Anthes in 1891 and was incorporated in 1913. Roughly 1,035 residents call the city home. 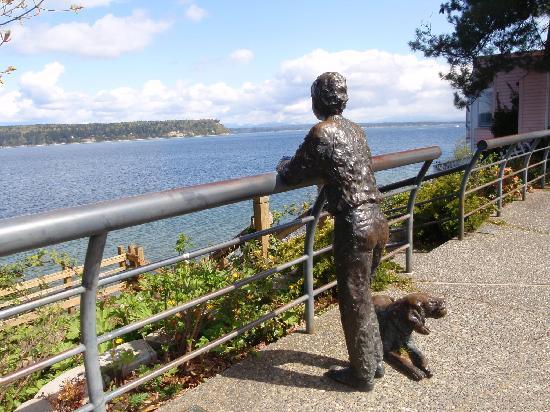 The town also referred to as the Village by the Sea, is well known for its arts community and has a knack for hosting art galleries as well as shows at a performing arts center, children’s theater, dance theater, Island Shakespeare Festival, and various public art spaces. It has most recently gained national acclaim for its rather large bunny population, which can be spotted scurrying around the town’s neighborhoods, and near Langley Middle School and the Island County Fairgrounds. The town is home to Northwest favorite events such as DjangoFest Northwest and the Whidbey Island Fair; the latter draws thousands of visitors over a week-long span. With a variety of gift shops, restaurants, and other attractions, the town is a popular destination for tourists looking for a taste of beauty on South Whidbey.

The city is also host to the hottest and coolest box-car race on Whidbey Island, the Soup Box Derby. The post office, library, and Star Store are each centrally located to provide visitors with quick access points for convenient basic needs. There are several community gatherings and celebrations held each year that include Deck the Doors at Christmastime, the Sea Float Scramble after New Years, art walks, and parades, such as the Holly Jolly Parade and whale parade during the Welcome the Whales Festival during the spring. For moviegoers,

The Clyde is both a relic and a reliable theater. It has been open for more than 75 years and is known for its showings of both independent and critically- acclaimed movies. There is also a public beach that is accessible for pedestrians walking the streets of downtown. The recently expanded Langley Marina provides easy access to the water.